The Merry Old Land Of OZ...

Princesses work is completely done!
Cyclones, Munchkins, Crows, Poppies, Ozian Inhabitants, Jitterbugs, Winkies and Flying monkeys were all ready, dressed fed and watered and rearing to take to the stage by opening night.

I have worked my arse off to get this job done and am so proud of the result...

It has all been so worthwhile.
Graciously putting aside my difficulties with the head costumier and pretty much putting my own flair for design into each and every costume i have made.
Even going the extra mile and making 25 hats for the Winkie Soldiers, of which the head costumier didn't feel they needed as they were only "minor roles" until she came up gushing all over me with excitement
after seeing the final result!
(Well the Empress and I didn't sit up stitching feathers and beads onto fur hats until 4 in the morning for nothing on the night before final dress rehearsal!)

Here are some photo's from the programme... 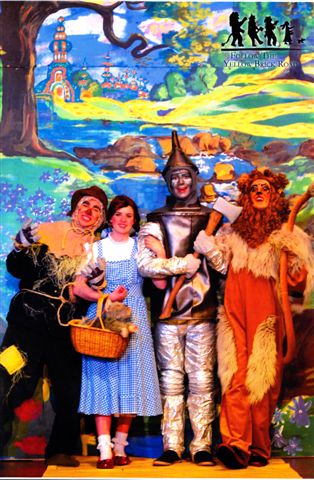 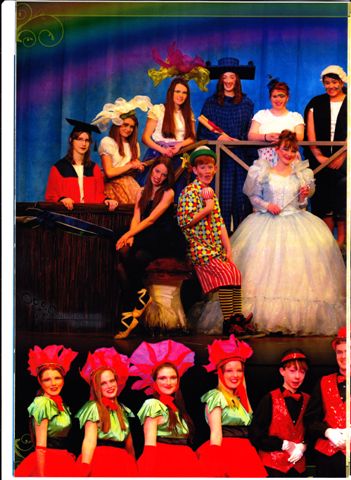 Glinda and the Munchkins and Poppies 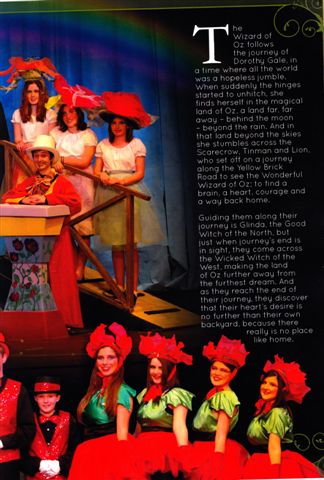 The flower costumes from Alice in Wonderland were re cycled for this show, and after much discussion I finally got them into the original dresses I designed to go with the big hats with just a bit of rouching up around the skirts hanging over the petticoats to make them look a little more like munchkin flowers... (Yes darlings I finally had a win! The head costumier was determined to make them look dowdy!... they didn't on the night!) 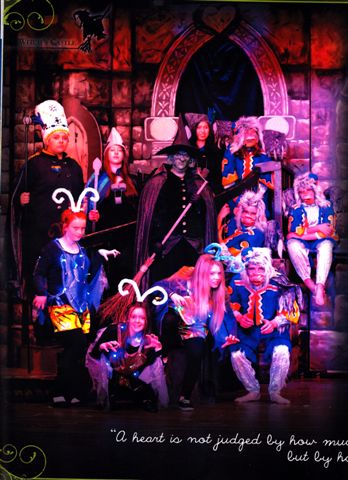 To appreciate the Flying monkey's you really have to see them moving... With fur added to the hands and feet they look spectacular and the tails seem to move independently as they move about the stage.
One of the lads even does back flips in his costume and everything stays on and in place!

Imagine 25 Jitterbugs lit up with little battery powered strings of multi coloured lights,
All dancing under a black light... The antenna all lit up in fluro colours 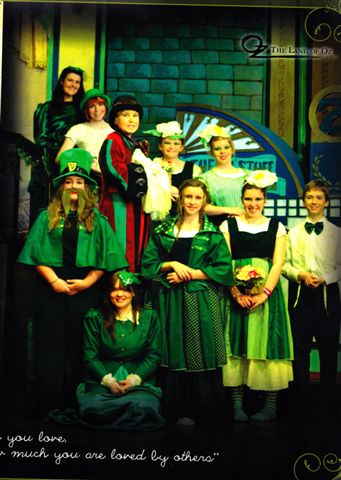 Emerald City and the Great OZ, who's coat you may have seen as the Mad Hatter 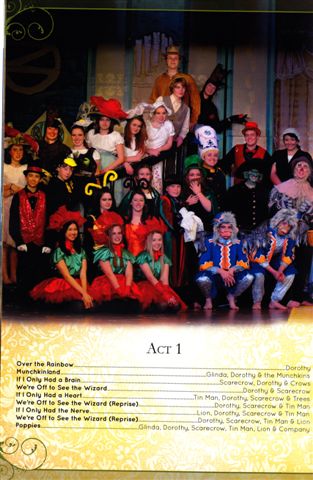 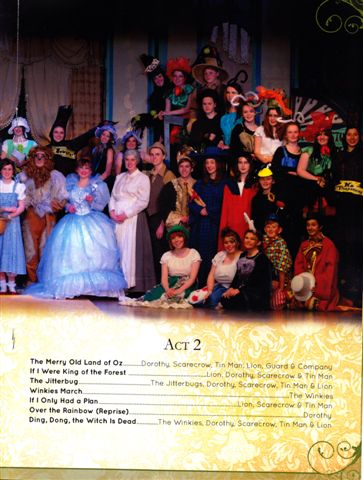 It has been huge!
Set and costume changes have been complicated but at the same time the results have been magnificent.

It is the final night tonight and so it will all be over for another year.

Next year will be a Production of "Annie"

I think I'll be needing a well earned rest before even contemplating that one!
Posted by Princess at 11:51 AM 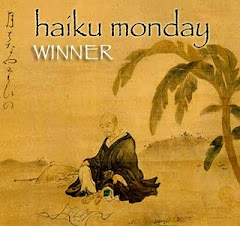 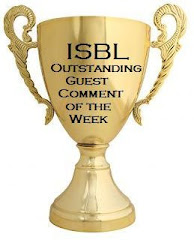 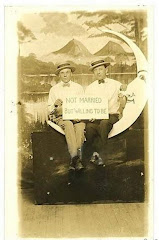 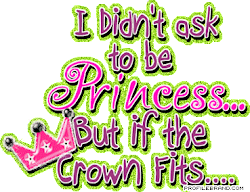